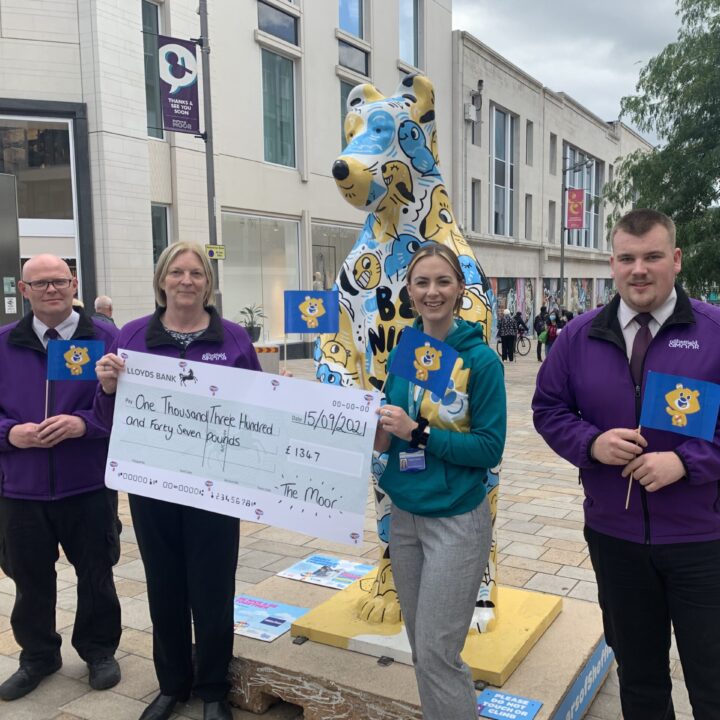 We recently teamed up with Bears of Sheffield to host craft workshops on The Moor. We held a total of 14 workshops throughout the summer holidays to raise vital funds for Sheffield Children’s Hospital Charity.

We originally planned to hold 10 workshops but after unprecedented demand we introduced four additional workshops so more Sheffield families could get involved with the fundraising. Over 250 children attended the craft sessions where they created a Bear of Sheffield mask or painted their very own mini-Bear of Sheffield. Although the sessions were free to attend charity buckets were available on the day and a JustGiving donation page was set up for anyone who preferred to make an online donation.

Through our Sheffield Craft workshops and purchasing Paint Your Own Bears we raised a grand total of £1347.

The Children’s Hospital Charity helps to change children’s lives every day by pioneering groundbreaking medical treatment in a comfortable and engaging environment at Sheffield Children’s.

Amanda Phillips, Centre Manager from The Moor said: “We are proud to have raised such vital funds for a fantastic charity through our Bears of Sheffield craft workshops. Thank you to all those involved and supporting this very worthy cause”.

INVESTING IN THE COMMUNITY
MENU